Northridge is a Los Angeles, California neighborhood located in San Fernando Valley. This is where the well-known California State University as well as several public and private schools. Northridge boasts of a beautiful neighborhood with a notable history which can be traced back to the Tongva or Gabrielino people and the Spanish explorers.

About 2000 years ago, Northridge was inhabited first by the Native American people known as Gabrielino or Tongva. The Tongva people’s tribal village was called Totonga which eventually became the Northridge. Then the Spanish explorers came in 1769 discovering Zelzah, a Gabrielino oasis and meeting place.

The Totonga land was then sold after the American conquest in the late 1840s to a Eulogio de Celis who was listed to be the owner of the land in the Los Angeles Census by 1850. In a few years, the land was then split up to de Celis’s heirs who sold the land to Senator George K. Porter transforming it into a ranch. Later on, the ranch became what is now known as Northridge land.

In many years, Northridge continued to grow and transform to a city worth to see. Right now, it is one of the picturesque neighborhoods in Los Angeles considered best to settle down. The facilities and amenities in Northridge are all but top notched and designed to offer the residents with both comfort and convenience.

In terms of entertainment, it has a good number of places you can visit such as the Devonshire Downs. Northridge is home to a number of prestigious schools, both public and private such as the California State University, Northridge. Other points of interest that would want to settle in Northridge include its famous deli – Brent’s Deli and the Studio 60 West which is the rock band Foo Fighters’s recording studio.  There are also the CSUN Botanic Garden, Northridge Fashion Center, Donald E. Bianchi Planetarium and more.

The Northridge neighborhood is a good place to settle down. On that note, it is one of the many neighborhoods in Los Angeles with high rated real estate listings. Northridge, California has thousands of single family home listings for sale with the competitive price home value price index. If you are looking to rent, you can also find an extensive list of the most luxurious townhouses and apartments in Northridge.

There are many good places in Northridge that could be your dream home. But to easily look for them, you can ask the assistance of a trusted and reliable realtor. With their expertise and years of experience, they can easily present you the kind of home that will suit your idea of a great home for the family. So before looking for your new home, find the best Northridge realtor first.

We proudly donate 10% of our monthly revenues to Charity:Water 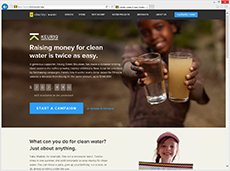